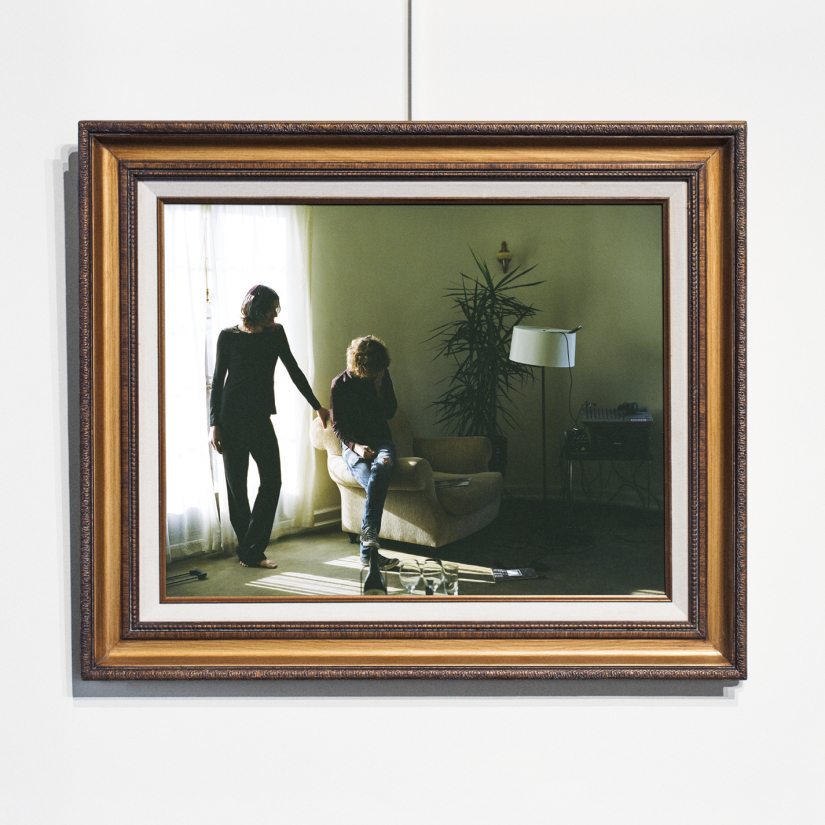 “….AND STAR POWER” album review and notes on where it all may be going for FOXYGEN by Robin Merritt

Every time I re-listen to this album I get a renewed affection for it. A lot of  critics just don’t get it but I’m wondering what kind of sad, boring sh*t they think is good?  I keep thinking back to Exile on Main Street and how that record endured the same kind of exasperation from music writers in it’s early release days but there’s no stylistic similarities here, no blues, no voodoo.  Just a restless desire to go onstage and release all this pent up energy….

This is a rough as hell Pop album combined with a garage punk album. This record is a hard sell to music afficianado’s who haven’t been following and are not yet enthralled by default with what’s been going on with this young band. There’s a lot to criticize on this album but one thing I’m not doing is getting bored with listening to it over and over.  Regular readers know I won’t waste time typing about an album I don’t really like and this one, along with their concurrent tour has taken up more of my energy, including listening time than almost any other band’s work in the last couple of years.

The production on the double LP for the most part comes across as a toss-off, something they just threw together in a rush.  This is the kind of album they can make during a layover when virtually half the creative team is laid up recovering from a painfully shattered leg.  Then they went on an album-release on tour to polish up these numbers in front of a lot of REALLY receptive audiences .

Face to face interaction in front of seriously pumped up audiences who are fully anticipating some kind of really special ROCK show is a rare opportunity and exactly the recipe for developing a great audience rapport.  After this triumphant period for the band, barring any future mishaps or meltdowns, within a year or two I hope they sit down with some real producers and whip out one of those all-time masterpiece albums that will shut up the nit-pickers and give us the kind of entertainment package that the world has been missing out on and craving for quite some time.  They’ve got the chops as songwriters and performers to do that..  I’m not worried about when it will happen, I can see it coming.  But then I’ve been an optimist in the past for other young bands and right as their popularity was surging  watched them disentegrate.  I don’t foresee this for Foxygen, they’ve got some impressive tour management right now even if their record label is lettting them get away with the equivalent of a rowdy trash-the-house party with all kinds of fun guests on board. (Rumor has it …) I’ve checked and can find precious little info as to the actual function and insertion of these current rock luminaries into the album save this widely circulated tweet .

***Addendum to number 17.   This rhythm section has their sh*t together, sort of. like EARLY Pink Floyd, Umma Gumma or Atom Heart Mother but with a danceable backbeat.  (Rado predicted in an Esquire interview  that people would think it sounds like Pink Floyd.) Some of their grooves move toward what the German band “CAN” was doing in the early 1970’s with Damo Suzuki on vocals, which is always a good thing.  A lot of people remark about the Lou Reed-ish aspects. In any event there are LOTS of apparent influences. If I were to interview the band the number one annoying interview question I have is “What exactly were the bands and albums You listened to growing up?   Where EXACTLY did this all come from.   Lots of people have speculated on that but I haven’t seen a concise answer from the band yet. Maybe it’s out there somewhere. ~R.

18. “Can’t Contextualize My Mind”   See the live video of this number .  This is pretty extreme. Their live video of this song demonstrates my statement that these songs will probably morph a lot from this album.   Maybe it’s a good thing they made such a rambling LP.  At the least it’s a very good source for the band to draw a lot of material to work up for live shows. The Rolling Stones live classic “Get Yer Ya Ya’s Out” comes to mind right off the bat.

19. “Brooklyn Police Station” Here the chaos coalesces. This is a song that Foxygen concert followers will covet live bootlegs of.   If there is ever another underground music revolution this could be a hit.  The Chicago TV station WGN had the band on live on the morning of that show date and they played THIS SONG and it was positively frightening! It WAS the experience I had right down front at their show in Atlanta the night of Oct. 1st.  Amazing that any morning news tv broadcast would ever air something this cool.

19. “The Game” Another slow buffer but coherent.

20. “Freedom II” THIS IS THE SONG I  most heavily remembered the beat and the tune  from their concerts I attended and then had to search it out among the twenty-four cuts of the new album until, THERE IT IS, FOUND IT!  This has sort of become the theme song of these two live shows for me.   It was sort of a plateau of athletic dancing girls and cohesive swing at both shows. The audience AND the chorus line seemed all together caught up in the whole enthralling rhythmic sway by the time the band got to this one.  (Wait shouldn’t this be in the concert review instead of the album review?)

21.”Talk” Kind of a decompression of the trudging focused energy of the dance assault of “Freedom II”

22.”Everyone Needs Love” In a way it seems like Sam France is sticking his middle finger up to any hipsters who might derisively attack the schmaltzy romantic sentiment of a number of these tunes. It’s almost like yeah I’m writing and performing these cheesy romantic tunes and I’m a badass and you’re going to suck it up because it’s right here in your faces. This is probably the most developed song on the album.   Even with a lull in the middle that drops the interesting hooks and might put it off any radio play lists it ends with a bout of the best guitar work on the record. They should work that ending into an extended jam.  Nothing wrong with that.. hey it’s retro, right?

23.”Hang” OK here’s the hit!   Out of all the chaos there’s this one perfect gem of a recorded song. Though it’s brief and to the point placing Sam France’s vocals right up front where they belong, I can hear this one playing over and over in my head. Maybe it’s some kind of disorder that creative types have but I keep hearing it re-done with extended jams and heavy backing vocal harmonies. This song is one of the best arguments to get these guys into a studio with a producer like Danny Kadar (My Morning Jacket) or someone else who understands the value of raw material and who won’t try to over polish the natural elements that make it so vibrant but give it a better presentational framework and just leave out some of the playful cutting room floor material so that the general public can swallow it and get a glimpse of what these guys are capable of because it’s been a blast down here in the dusty dangerous diamond mine…of “….And Star Power.” It’s just maybe not quite ready for the genteel general public.

There’s plenty of  material on this 24 song double album that can be worked up into a lot of outrageously fun live numbers and future studio re-takes. Are Sam & Rado the kind of artists who will see the value in this and take advantage of their audiences’ recognition and memories of their songs? Or like some musicians I’ve known, toss everything aside once it’s recorded and move on to something else that their fans haven’t developed any attachment to? I think that judging from their history they will be able to take full advantage of their own influence upon themselves. I certainly hope so as I plan to catch any future performance I can by Foxygen and wait patiently until their next (hopefully a little more refined) studio album comes out.   ~R.

ps.  I just re-listened to the entire album after maybe three weeks of not hearing it and I take back everything unflattering I just said.  It’s the most uplifting piece of work I’ve  heard all year.  F*ck a bunch of polished musicanship.   ~R.